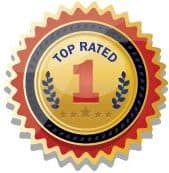 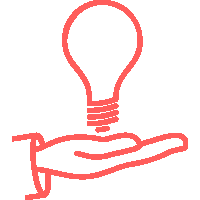 When getting a drone, you’re looking forward to catching some spectacular scenes above your park or your favorite landscape. However, it isn’t great when you need to stop to charge or replace some batteries. A significant factor that impacts on your drones performance is its flight time. Fight times typically range from 5 to 10 mins. For most beginner drones, the highest limit of flight time usually is ten minutes. For the more professional drones, the flight time may go up to 30 mins. To get the most flying time, you should consider getting one of these best drones for flight times.

A drone’s capacity serves as the measure of the amount of charge stored within the battery usually in Amp-hr. In turn, the amount of charge is determined by the content mass of active materials present in the cell. It represents the maximum energy amount that may be extracted from the drone battery under specific conditions. The batteries for different drone come in different sizes and capacities. The specifications on the battery life of a drone are usually outlined on its package in milliamp hour.

As the rule of thumb, a powerful battery equals longer flight time. This way, you get to keep your drone in the air for a longer time. Nonetheless, also remember that batteries degrade over time. Therefore, you should go for a long-lasting battery with high capacity that will continue to ensure a longer flight time as compared to one that reduced in efficiency after use.

Besides, if you are looking for longer flight time in a drone, choose the one with a lithium battery. Lithium batteries offer high capacity energy storage and a longer lifetime. Although you will have to chip in some extra bucks, they are worth every penny.

The type of battery whether replaceable, rechargeable or removable profoundly influences the flight time. In the field, most people dread the fact of always needing to plug in to recharge their drone. If you want to avoid this, utilising pre-charged batteries serves as the best way to approach it. This way, you extend the flight time of your drone by only getting a few extra packs of battery. 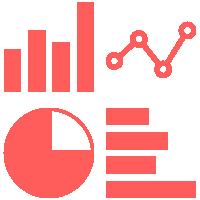 Product Pros
Price
$3,549.00
Rating
Buy on Amazon
Camera
20 MP
Range
7 km
Flight Time
27 min
Read Review
Last Updated 2020-09-27 at 13:25 CET -
Price Disclaimer Product prices and availability are accurate as of 2020-09-27 at 13:25 CET and are subject to change. Any price and availability information displayed on Amazon at the time of purchase will apply to the purchase of this product.

Dependent on the number of motors the drone carries, the weight of the drone is a considerable factor that impacts on the flight time. Whether a drone carries one to four motors, its weight, as well as its surface area, will affect significantly on its airtime. This is because the battery will need to pull extra work to keep the whole structure suspended in the air.

Ultimately, a more massive drone will need a larger battery to sustain its long flight time. The best drone for flight time should be at a weight that corresponds to its battery carrying capacity. You may choose to get a drone comprising of lightweight materials that will fly for a more extended period.

In a heavy drone, it’s motors tend to work harder. Therefore, the battery doesn’t last long in such conditions. By choosing one with a reduced overall weight, its performance is effectively improved by having higher acceleration and more snappy response to commands.

The general weight of a drone is not only dependent on its weight, but also the weight of the gadgets attached to it. For more professional drones, they comprise add-ons such as a sensor, recorder or camera. The flight time is hugely affected by the number and weight of add-ons. Therefore, the heavier the drone add-ons, the lesser airtime it offers. The best drone for flight time should be able to maintain the weight of its add-ons while still being active in-flight time.

If you want to increase the flight time of your drone, you may choose to remove parts like the gimbal that might take up the drone’s capacity and power. However, this technique isn’t the best-recommended way of improving flight time. Generally, lightweight drones enhance and impact significantly on your drones battery life.

A drone’s range influences on its flight time. Depending on the intended use of your drone, drone usually ranges go from 55 to 120 yards on the beginner models and up to 3 miles for the more advanced types. If you require a drone that provides high-quality footages, a long-range drone with longer airtime is a more effective choice for your needs. The best drone for flight time should have a long range to reduce the amount of time you need to follow your drone. 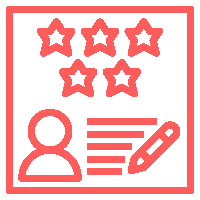 The ultra-light Parrot Bebop 2 is designed to fly longer than most drones. This second installation in the Parrot Bebop series has an impressive flight time of 25minutes. It can be attributed to the lightweight design and a powerful battery of 2700mAH capacity.

The focus during its development was on a drone that is extremely light without compromising on power. That’s why it has powerful motors that allow it to perform well even at greater altitudes. It also looks great.

Safety has also been taken to the next level with several key features. LED lighting for in-flight visibility in the dark, a return home function and shutting down of propellers in collisions make it one of the safest drones.

When it comes to the camera with a fisheye lens, it is quite impressive. The drone allows for 1080P video recording. It may not be as impressive as the 4K videos that industry leaders are using but FHD still shows amazing clarity. Images benefit from the 14MP camera. The camera can be tilted up to 90 degrees. 3-Axis digital stabilization makes videos look professional.

Want to know more about the Parrot Bebop 2 ?
Click here to LEARN MORE From Amazon Customers.

The domination of the drone market by DJI was taken to a whole new level with their Phantom series that earned the name of the iPhones of drones due to their unique capabilities. The Phantom 3 professional is one of their powerful releases with a 23minute flight time. A 4480mAHbattery powers the drone allowing it to fly longer and at greater speeds. It takes 90minutes to fully charge.

Its 4K UHD camera that records videos at 30FPS makes it handy for anyone interested in serious cinematography. The image quality is at a 14MP resolution which gives amazing clarity. The video is streamed live at 720P.
An impressive feature is ease of control whether using the DJI pilot app on a mobile device or the remote controller. The transmission distance is up to 5km which is greater than most drones in the market. GPS, Glonass dual position system and vision positioning make its control flawless. It makes the follow me feature possible too.

Want to know more about the DJI Phantom 3 ?
Click here to LEARN MORE From Amazon Customers.

The Phantom 4 Pro is basically similar to earlier Phantom 4 releases but with incredible improvements. It has the longest flight time in this list of 30minutes. The package contains 3batteries which means you can enjoy 90minutes flying before needing to charge which takes 90minutes for a battery.

An impressive addition is the 5-direction obstacle sensor which prevents crashing. It is very important especially with the top speed being 45mph. Its speed and agility make it a dream drone.

DJI decided to push the camera further to reach the recording of 4K videos at 60FPS. For the images, a 20MP resolution is comparable to none. A large 1-inch sensor and a mechanical shutter allow for quality like never before.

Being quite a step-up from earlier Phantoms is as functional as it looks. It is also sturdy and will last for quite a long time before being grounded. It can also be controlled from as far as 4.3 miles away.

Want to know more about the DJI Phantom 4 ?
Click here to LEARN MORE From Amazon Customers.

When it comes to power, the DJI Mavic Pro almost reigns supreme. This Unmanned Aerial Vehicle can fly for 27minutes straight! It also reaches a top speed of 40mph (65kph) which together with the flight distance of 8miles (13km) put it in the high-end league.

The camera makes it even better with 4K UHD/30FPS video quality, 12MP still image quality and 3-axis mechanical stabilization. What stands out is the ability to stream live video at the 1080P quality at short range. However, for long range, it streams at 720P. And this is transmission for up to 4.3 miles (7km) away courtesy of the OcuSync transmission technology. DJI VR goggles can also be used which takes the user into the drone virtually, with an interesting bird view.

Using the drone is easy with an app and remote controller. Flight autonomy minimizes accidents. Precision hover is made possible by satellite positioning and vision positioning when indoors. You can also use it in extreme environments from 0 degrees C to 40 degrees C. Whatever your skill level and whatever the environment, you can always get a good shot.

For the high-end drone users, the Inspire 2 drone by DJI is the ultimate choice. As a reward for the deep pocket buyer, this drone redefines possibilities. It can fly for 27minutes straight. The powerful battery and excellent conversion allow for the long flight time and breathtaking speeds. It can fly at a top speed of 58mph (94kph) and can accelerate from 0 to 50mph(80kph) in just 5seconds.

Its camera has a video quality of 5.2K. Now that is the redefinition of possibilities! And this quality is accompanied by 360 degree camera rotation capability. It also brings on board an upgraded video transmission system which does allow the dual signal frequency to make pilot and camera operator collaboration easy.

Safety has been enhanced with 2-direction sensors and smart return to home function. The intelligent flight modes make it safer than most drones. You can also control it using an app on your mobile device. The dual operation controls put it at the top of the list for professional filmmakers and videographers.

The Inspire 2 is designed to work in a wide range of environments. It can be used in areas as cold as -20 degree C due to its self-heating feature. The temperatures can be as high as 40 degree C without affecting the drone.

Want to know more about the DJI Inspire 2 ?
Click here to LEARN MORE From Amazon Customers. 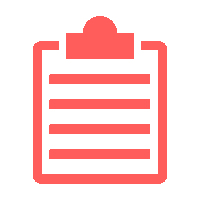 In most situations, its hands down tricky to getting around short flight time issues among the cheaper categories of drones. Therefore, the most effective and proven way of ensuring that the drone you choose offers a longer flight time is investing in a higher quality one. This means that you ultimately need to chip in some extra bucks for higher flight time up to 30 mins.