What is a QuadCopter Explained Thoroughly 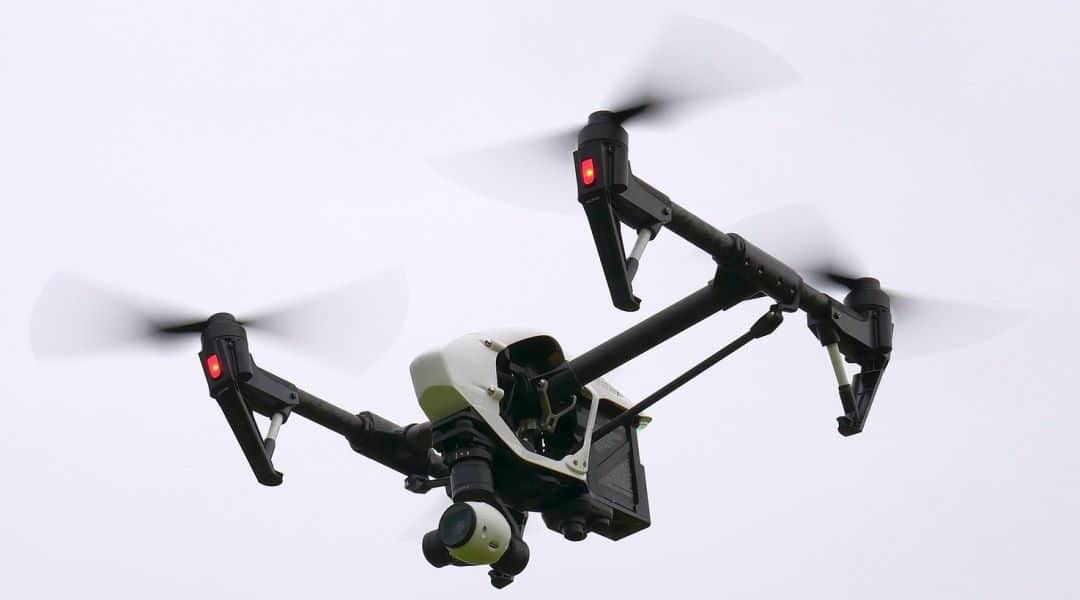 What is a quadcopter? A quadcopter, or multirotor, drone, or quadrotor, is a simple flying mechanical vehicle that has four arms, and in each arm there is a motor attached to a propeller. Multicopters with three, six or eight arms are also possible, but work on the same principal as a quadcopter. Two of the rotors turn clockwise, while the other two turn counter clockwise. Quadcopters are aerodynamically unstable, and require a flight computer to convert your input commands into commands that change the RPMs of the propellers to produce the desired motion. This is the short answer to the question of what is a quadcopter. The remainder of this article provides further information to introduce you to the world of quadcopters.

Quadcopters differ from a helicopter or a fixed wing aircraft in the way they generate lift and control forces. For an aircraft the lift is generated by the wings, but in a quadcopter the lift is generated by the propellers. A helicopter uses its main rotor to generate lift, but also have the ability to vary the pitch of the rotor blades to generate control forces.

The quadcopter concept is not new. Manned quadcopter designs appeared in the 1920s and 1930s, but these early concepts had bad performance, a high level of instability, and required a lot of pilot inputs. The advancement of electronic technology in flight control computers, coreless or brushless motors, smaller microprocessors, batteries, accelerometers, cameras, and even GPS systems made it possible to design and fly quadcopters. The simplicity of the quadcopter has made it a very effective aerial photography and video platform.

A typical quadcopter comes with a 4 channel controller that sends commands to the drone to affect its throttle, yaw, pitch and roll. The communications frequency used by most controllers is 2.4 GHz. This is also the typical frequency used for WiFi connections. Though it is unlikely that interference takes place, it may be something worth checking if you are experience communications lag or dropouts with your quadcopter.

The controller also has 4 trim buttons to allow you to make minor corrections to your quadcopter flight behavior. If you notice that with no control input, the drone drifts in a particular direction, applying trim for that control input in the opposite direction will remove the drift.

It is important that you always remember that there are two sets of propellers, and two set of motors that rotate in the opposite direction. The pitch on the two sets of propellers are different. So if you switch a set of opposite propellers, they will be blowing air up instead of down. This results in a downward force on the quadcopter leading to your drone flipping, and not flying. When you take the propellers be sure to mark which motors they belong to. If you look carefully, the propeller will have a mark indicating which set of motors that it belongs to.

There are four main forces that act on a quadcopter

Gravity – this should be obvious to everyone. This is the force that pulls the quadcopter down due to its mass

Drag – this is the backward force on the quadcopter due to air. Imagine being in a car, and putting your hand out the window. The air hitting your hand is trying to push back.

Hovering takes place when the upward lift balances the downward force of gravity. To make the drone to higher, the lift force needs to be greater than the force of gravity. This is achieved by increasing RPM on all four propellers simultaneously, which produces more lift. To decrease the altitude, the RPM is decreased on all four propellers simultaneously. On your controller, this is accomplished by pushing the left stick up or down, which increases or decreases the rotor RPM, which makes your quadcopter go up or down.

To move your quadcopter move sideways, a similar change in RPM takes place, but this time it is on the left and right propellers. To make your drone move to left, you need to point the lift force slightly to the left. This is done by decreasing the RPM on the left rotors, and increasing the RPM on the right side. A similar change in the rotor RPMs takes place to move your quadcopter to the left.

Yaw is bit trickier to visualize. On a helicopter, have you ever wondered why there is a tail rotor? It is there in order to keep the body of the helicopter from rotating. If the main blades are rotating anti-clockwise, like in most helicopters, the fuselage will start rotating clockwise due to torque reaction. This is a consequence of Newton’s Third Law of dynamics. The tail rotor balances out the torque reaction on the helicopter fuselage and prevents the fuselage from rotating.

For a yaw maneuver, we do want the quadcopter to rotate. This is done by reducing the RPM on one set of rotors, while increasing the RPM on the other set of rotors. Now there is a net torque in one direction, so your quadcopter rotates. To produce the opposite rotation, the RPMs on the propellers is simply reversed. The direction of the yaw maneuver is controlled by the left stick on the controller.

Your quadcopter flies and moves by changing the RPMs of each propeller. So when you move a stick on your controller, this command needs to be converted into the proper commands each of the four motors on your quadcopter. This is done by the flight control system. The purpose of the flight computer is to simplify the coordination of the control of all four propellers needed to make your drone fly. The flight control computer has the ability to connect to several other devices and sensors. The primary device that it connects to is the remote control receiver, which is linked to your remote transmitter.

In advanced quadcopter, the flight controller also has a transmitter to communicate with your controller, to provide two way communication. Typical sensors come with more complex quadcopters include GPS, gyro compass, and baramoter.

What is a QuadCopter Summary

Quadcopters are an economical way to introduce yourself to the world of remote control aerial vehicles. They are fun to fly, and with some practice and patience anyone can learn how to fly a quadcopter.